I will be flying to North California to visit the Redwood National forests, see some friends, and go hiking! I have always wanted to visit, and am so excited I can make it happen this year! It’s also a belated birthday trip and early graduation gift to myself!

I’ll be unavailable  from May 7th through May 12th, but ready to play when I get home! In the interim, visit my clip store for daily fetish videos! 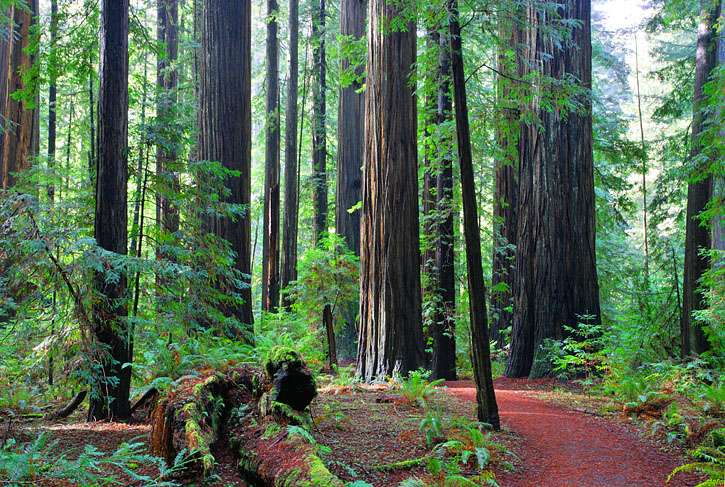 I’ll be taking my annual trip to the Middle Ages from Aug. 1st through Aug 10th! I found a great photographer who managed to capture the best parts of this event which I hold so dear. Click through if you’re curious. Maybe it can be best described as Burning Man for nerdy types? A Renaissance Faire where everyone is a participant? A jolly good time? I’ll let the photos do the talking.

While I’m gone, I’ll still be having my Clips4Sale updated daily, so enjoy!

See you when I get back, perverts!

For the past 10 years, every summer I escape for a week or two to the middle ages. The event is called The Pennsic War and regularly draws a crowd of over 10,000 people from all over the world. Yep, I’m a reenactor. If you can call it that. Mostly I sew, drink a lot, and talk about historical nonesuch with friends and family. I don’t fight(though I’ve done it), I don’t blacksmith(Though I’ve tried it), and I don’t cook(much). I hope the photos can capture a bit of the magic for you. 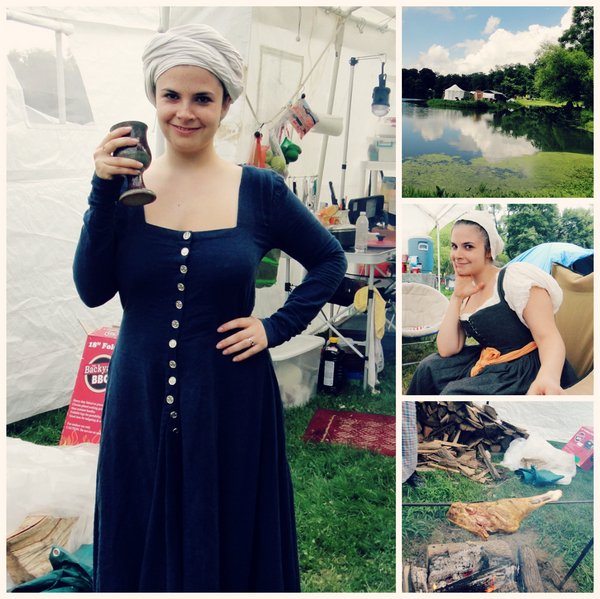 This is camp. Home base. You’ll find plenty of non-medieval objects here. We aren’t too strict. Other camps are and they are awesome. I’m wearing a 14th century dress in the first pic and a 16th century dress(both handsewn by yours truly) in the second pic. We have a lovely little spot by a lake. I like to watch all the turtles, fish, bats, dragonflies, and groundhogs around the area. We have a really great cook in our camp, who is roasting the lamb leg over the fire. It was delicious. We cook on the campfire most days. 🙂 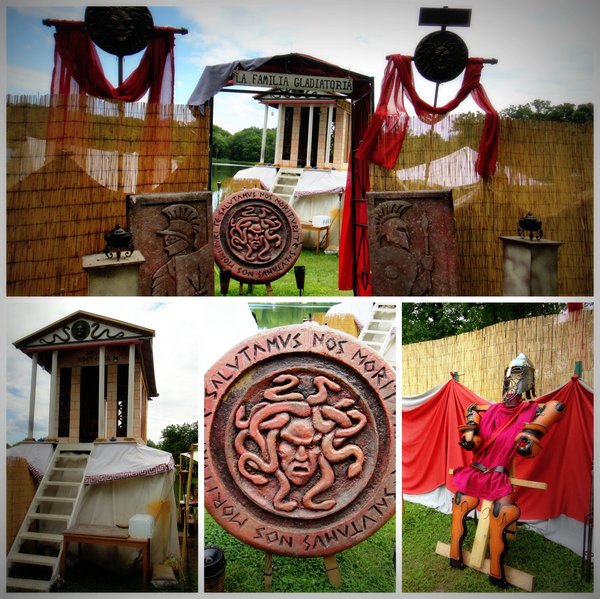 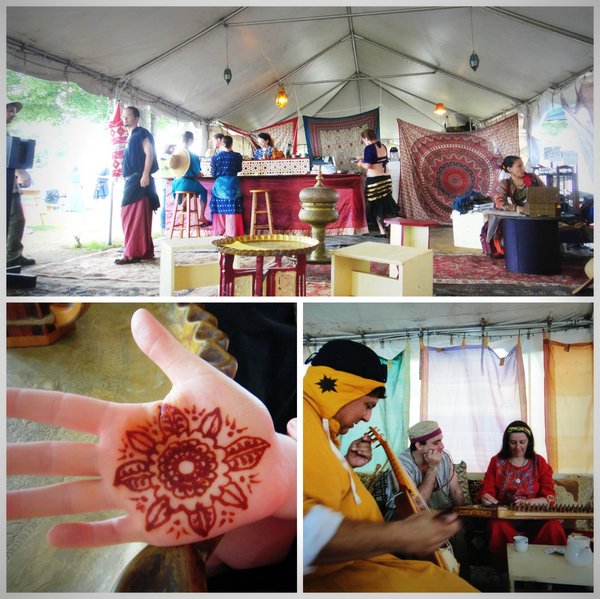 Daytime consists of classes, meeting new people, and shopping! We love hanging out at the local cafe(yes, we have more than a few restaurants on site just for the event), a middle eastern joint with hookah, delcious snacks, and coffee drinks. We were lucky enough to be seated next to a few practicing musicians playing period instruments. My girlfriend shows off the henna art I did on her palm at a class about the Turkish Baths of the middle ages. 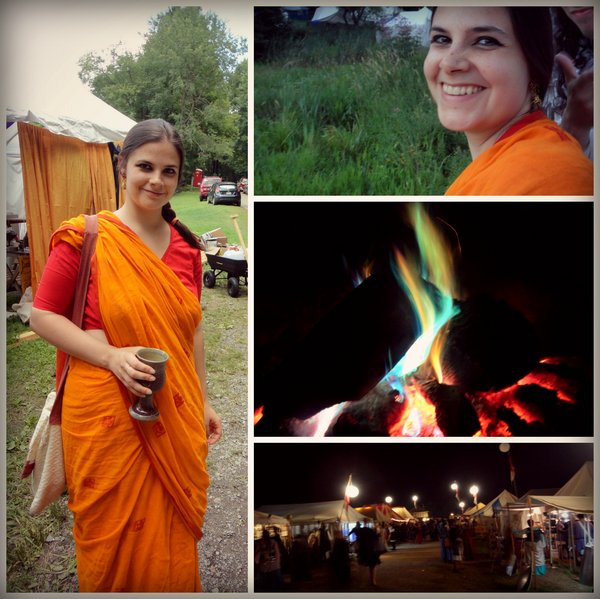 In my Indian sari, I’m off for the evening to party! All the shops are open until midnight on one evening of the week, so the whole place is alive! Lights, torches, dancing, drums! We headed to another party and witnessessed a rainbow-colored fire! I love that so many talented people make and bring all their own brews! Much sampling to be had! 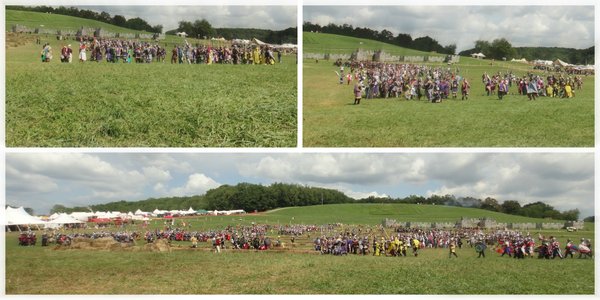 On the last day, we finally managed to make it to a battle. I’m lazy and never get out of camp early enough to go watch one. Hey, it’s my vacation! It’s hard to get a good photo since everyone is moving so fast and you can’t get too close. Might lose an eye. In the last photo you can see the East and Middle Kingdoms facing off to win the War!

At the end of the day, it’s watching the cotton candy clouds and the sun set over the lake, with the silhouette of pavilions and campsmoke rising above the trees that really makes me feel at peace. When you arrive at the event, the staff always says “Welcome Home”, and it truly feels like it. A goblet of mead doesn’t hurt either.

Hope you enjoyed a little glimpse of my ‘other’ life. Don’t be fooled, kinkster’s are all over the place here too! Some people set up full dungeons. I haven’t quite visited that side of Pennsic yet, but maybe one day..

Just a notice that I will be unavailable for sessions while I am on vacation from July 27th through August 3rd.

Every year, I escape to the Middle Ages for a week or two at an annual event called “The Pennsic War” with over 10,000 attendees. I’m an avid amatuer historian and love learning and DOING history! 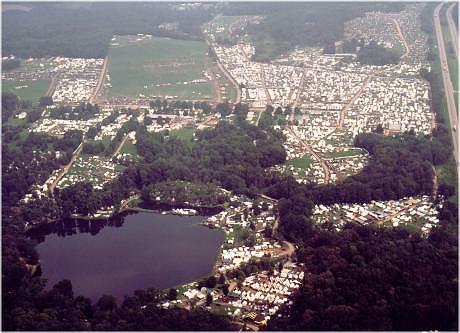 (an aerial veiw of most of the encampment)

A week long camping event with other like-minded individuals allows me to learn even more about a myriad of topics. A lot of my vacations are educational, you’ll find. As I really like to immerse myself in the experience, I have been remiss in capturing the breadth of this unique event, and tend to eschew any modern implements. No phone, no computers, no electricity, no cameras…it’s truly freeing.

This year I’ll be bringing a new friend who loves to take pictures, so expect plenty of great photos of where I go every year. The classes, the drinking, the parties, the music…it’s truly something I look forward to every year. Expect a lengthy blog post upon my return with plenty of photos!

Just a friendly reminder that I will be on vacation from Friday, June 8th and returning on Wednesday, June 20th. I will not be able to respond to emails until I return. If you’d like to schedule a session with me during that time, please email contact@wickededen.com and a friendly staff member will be able to schedule some time for you and I after my return.

Where am I going? The beautiful state of Oregon. Southern Oregon, deep in the woods.

For those of you who know me, you know that I don’t lay around in the sun on my vacations(but I do make time for it). I prefer educational vacations. I will be taking a 10 day natural building workshop, where I’ll be getting down and dirty in the mud, taking lots of notes, pictures, and meeting great people. I will be learning how to build a little house like this for myself one day. 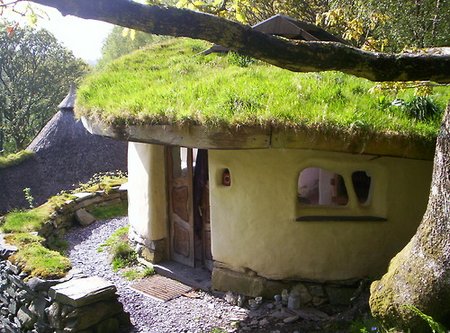 Yes, it looks like a hobbit house. I happen to be very hobbit-like. These are called cob houses, made of a mixture of clay, earth, and straw. This building technique has come alive once again. Houses like this were built in the 16th century, and many still stand in places like England and Wales(and all over the world).

My dream began two years ago when I read a lovely book called “The Hand Sculpted House”. I am so excited to be taking the first steps to realizing my dream!

Upon my return, I will be raring to go, yet again and descent with you into the deepest levels of depravity.

Don’t miss me though, as I will continue to post daily updates to my clip stores, and very naughty and fun things are in store for you.

I will be unavailable for sessions from July29 -August 14th. I am going on an annual camping trip to The Pennsic War. Miss Snow also attends, and she will be joining me later on in the trip.

Pennsic War is best described as medieval camping with 15,000 of your closest friends. I do medieval and renaissance historical recreation in my spare time, and this event is something I look forward to every year. One of my boys has been helping to make it one of the best years yet with his gifts. 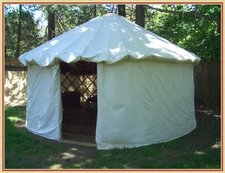 -Some lovely lanterns to create a sultry palace of decadence

-Copious amounts of delicious wine and other drinks, to ensure me and my new friends will be having a wonderful holiday

-And he also generously allowed me to borrow his fantastic camera to take some candid shots of my trip! So I will have lots of pictures to share on my return.

Don’t get too lonely without me 😉

So the Wicked Eden crew is back from DomCon. Yes, we came back a week ago, but between recovering from jet lag, and then catching a nasty bug, it’s been a bit since I felt like writing.

I had a fantastic time. I met many beautiful and wonderful Dominas such as Goddess Max, Mistress Precious, Goddess Pele, and Mistress Ellen, among many others.

At the Passive Arts Fetish Ball party, I had a wonderful spanking from the very beautiful Goddess Max. It was a very intense experience. It was a bit hard to stand up afterwards. I spent the rest of the night in a cage with Miss Snow sitting on top in a big chair. I was more interested in the cutie in the cage with me.

The morning of the day of our departure was the Mistresses tea. Miss Snow made a great serving tray, one that straps around the back and around the neck. I wore a very cute red maid dress, with collar, cuffs, and matching stockings. I helped serve tea(which was a bit tricky on my attached tray), and I sploshed a few cups but none ever tipped or fell over. She made the tray large enough for sissies too!